Brighton Museum & Art Gallery has collected art and photography which enriches and complements the new fashion and textile collections. 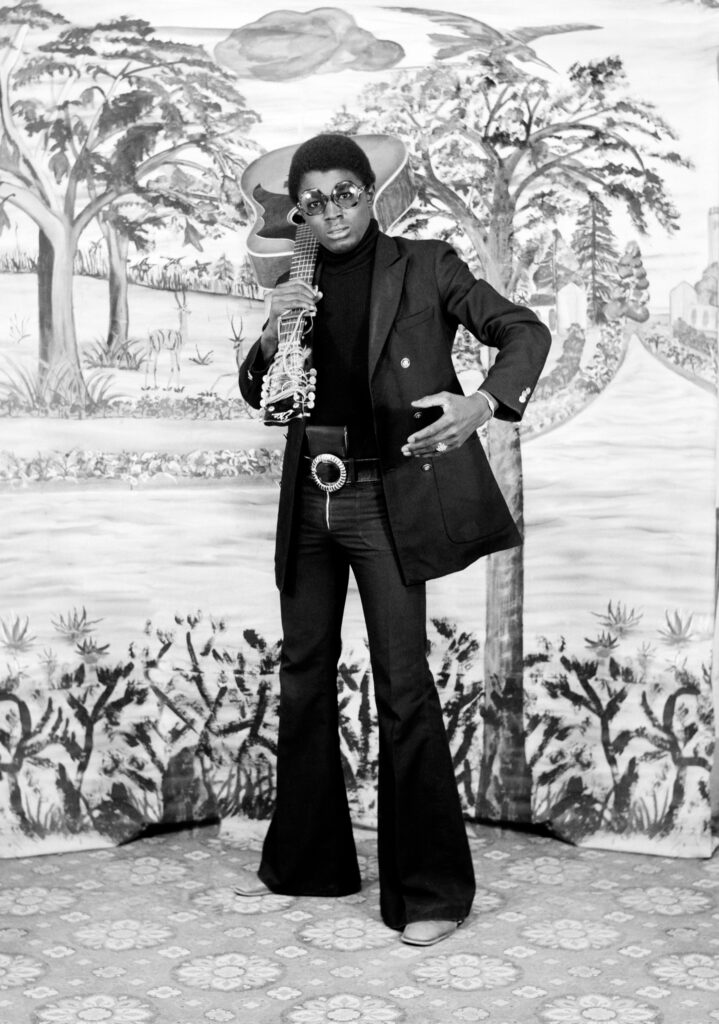 R6089/5 Photograph ‘Untitled’
Photograph of a young man wearing a dark flared suit and sunglasses, posing with a guitar, in front of a 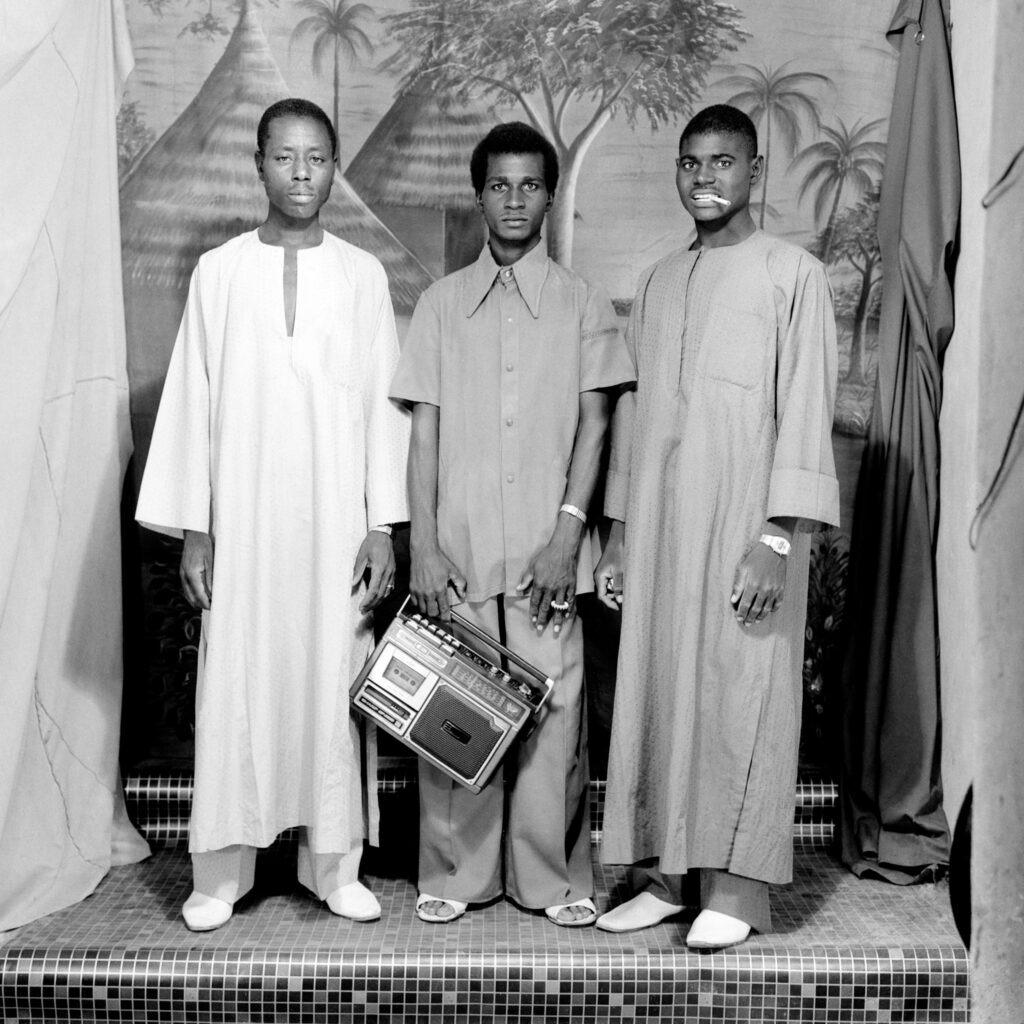 R6089/6 Photograph ‘Untitled’
Photograph of three young men, two are wearing robes, the other is wearing western style shirt and trousers, standing in 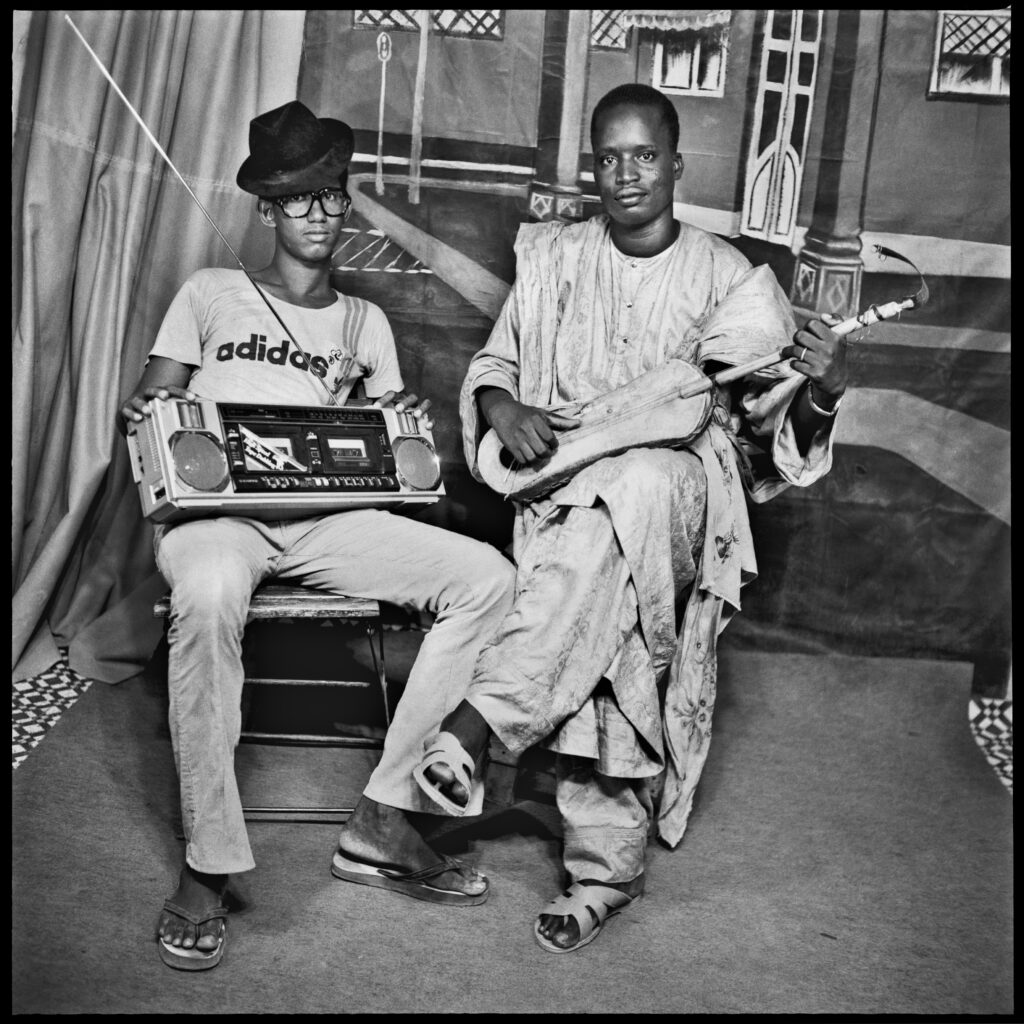 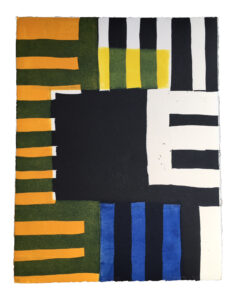 Artist Atta Kwami’s work is rooted in his native Ghanaian heritage and visual culture. The painting and prints acquired for the Fashioning Africa collection are inspired by the colours, styles and designs of kente cloth, a textile that is synonymous with Ghana and that has surrounded and influenced Kwami all his life.

The importance of studio photography in Africa is represented by a number of entrepreneurial photographers who worked in west and southern Africa. James Barnor’s pioneering work began in Ghana and continued in the UK where he was the first to photograph African diaspora models. Rachidi Bissiriou, Hamidou Maiga and Ibrahima Sanlé Sory’s photographs depict exuberant youth culture and post-colonial optimism in Benin, Burkina Faso and Mali. 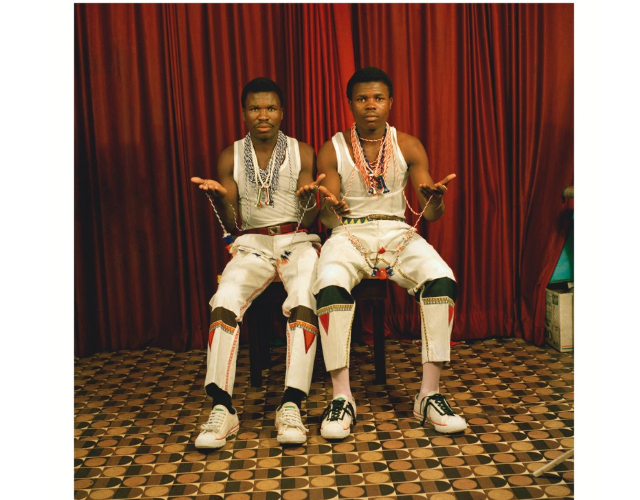 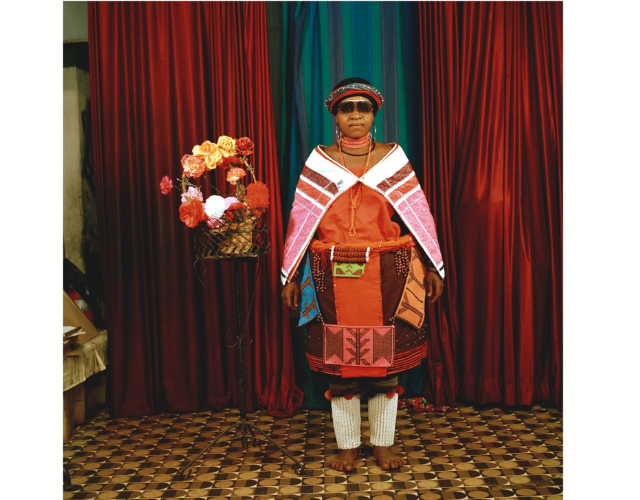 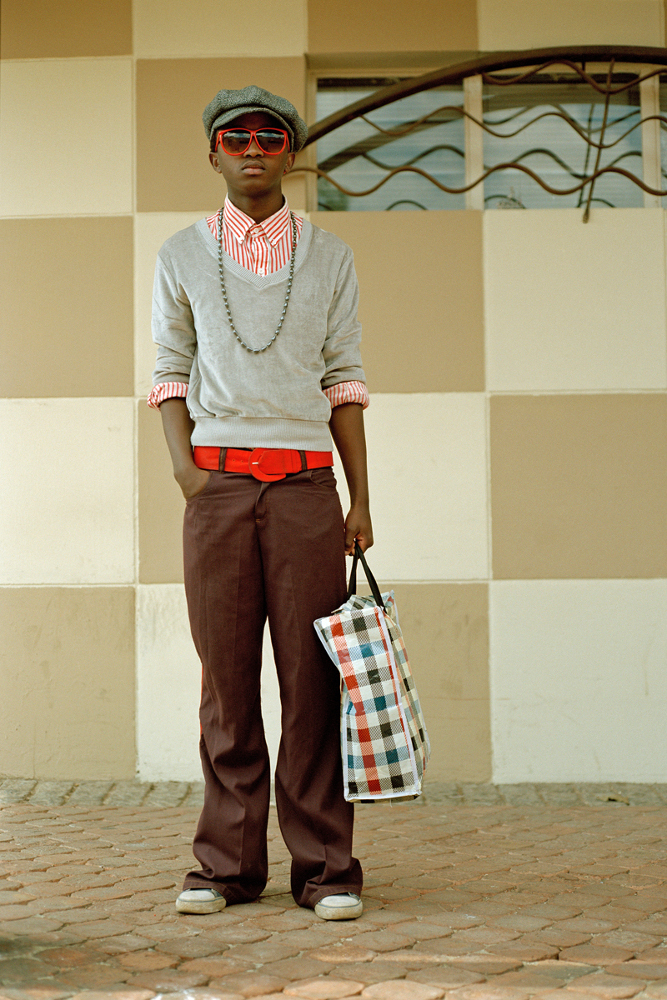 John Liebenberg’s portraits not only document the challenges faced by migrant workers in Namibia, but also demonstrate dignity, identity and individuality through their subjects’ self-styling.

Some of the acquired photographs speak to traditions of fine art, communicating personal stories about identity, diaspora and belonging. Rotimi Fani-Kayode’s work, for example, uses traditional forms of clothing to communicate complex personal issues surrounding his sexuality and Nigerian heritage. Eileen Perrier’s work is inspired by African studio photography which she uses as a vehicle to create visual narratives about her British Ghanaian roots.

The work of Daniele Tamagni captures subculture style stories. His photographic style is influenced by the fashion world of his native Milan, a style he uses to capture the elegance and vibrancy of the Sapeur dandies of the Republic of Congo.

Hassan Hajjaj is an artist who often deploys the medium of photography to playfully explore and challenge western stereotypes regarding North African and Arabic identities through fashion and found objects.

Some of the photographic prints from this new collecting strand were shown in the temporary display Framing Fashion (Brighton Museum & Art Gallery, 2 October 2018 – 31 March 2019) and can be made available for institutions to borrow.