This display explores migration, cultural innovation and resistance in South Africa through the lens of fashion and self-styling. It features objects collected as part of the Fashioning Africa project, historic African textiles and beadwork from Brighton Museum’s collections and objects on loan from the British Museum. 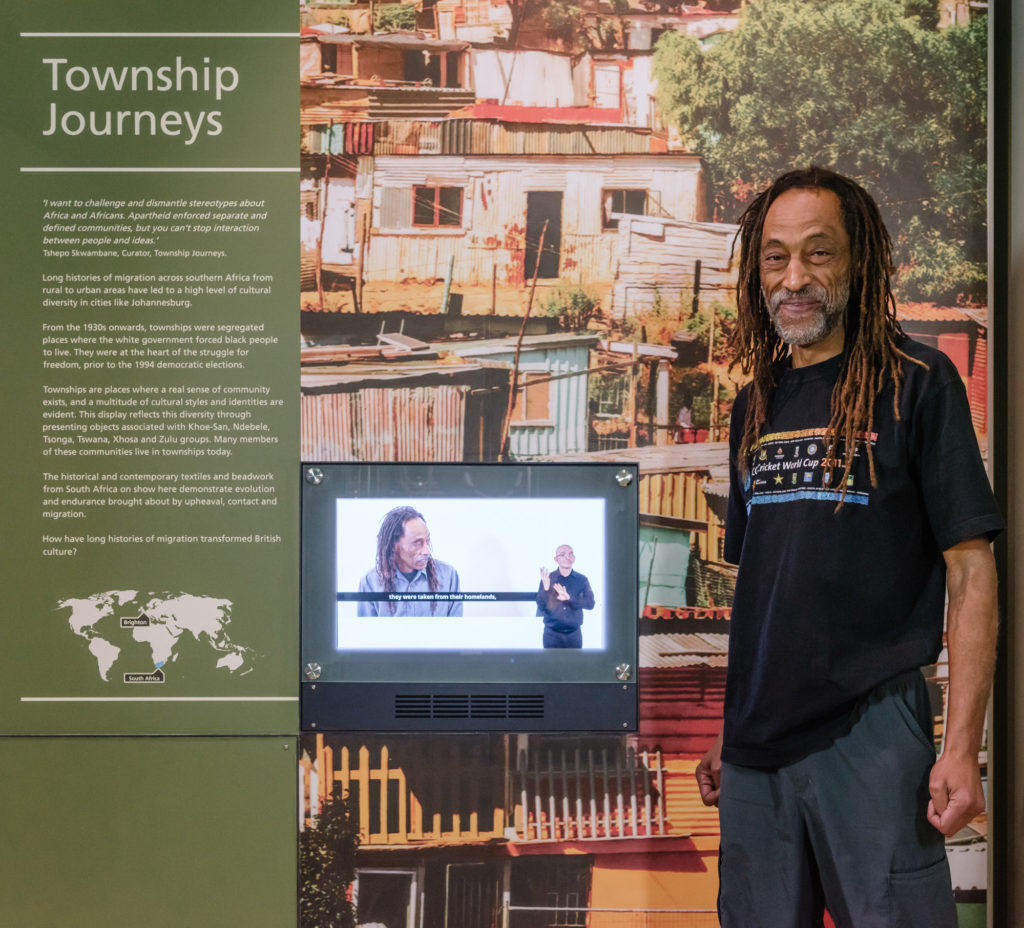 ‘I want to challenge and dismantle stereotypes about Africa and Africans. Apartheid enforced separate and defined communities, but you can’t stop interaction between people and ideas.’

Long histories of migration across southern Africa from rural to urban areas have led to a high level of cultural diversity in cities like Johannesburg. 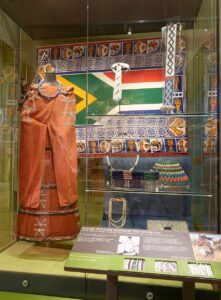 From the 1930s onwards, townships were segregated places where the white government forced black people to live. They were at the heart of the struggle for freedom, prior to the 1994 democratic elections.

Townships are places where a real sense of community exists, and a multitude of cultural styles and identities are evident. This display reflects this diversity through presenting objects associated with Khoe-San, Ndebele, Tsonga, Tswana, Xhosa and Zulu groups. Many members of these communities live in townships today.

The historical and contemporary textiles and beadwork from South Africa on show here demonstrate evolution and endurance brought about by upheaval, contact and migration. The objects on display reflect tradition and change within South African society.

The apartheid regime segregated communities and limited their cultural expression. Despite this, the creative practices of groups such as the Khoe-San, Ndebele, Tsonga, Tswana, Xhosa and Zulu and other ethnic groups have thrived. For example, beadwork has a long history in South Africa, but in the colonial and apartheid eras people were discouraged from wearing it. Since the 1990s it has undergone a cultural renaissance. 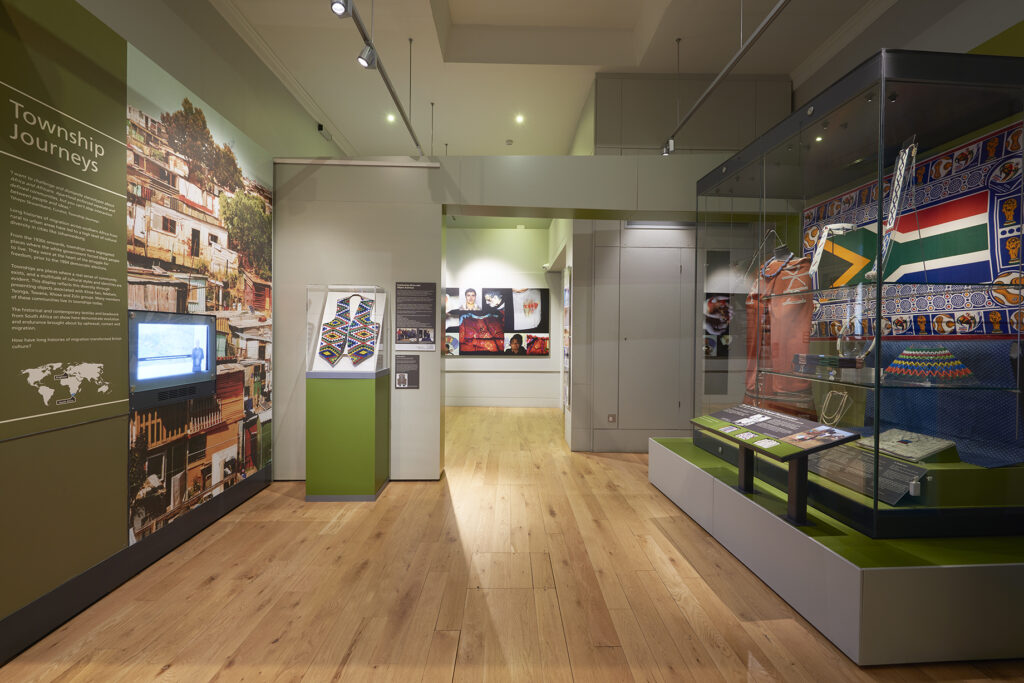 This film features Curator Tshepo Skwambane in conservation with Derick Ncube, talking about the display.