Home »About the Project 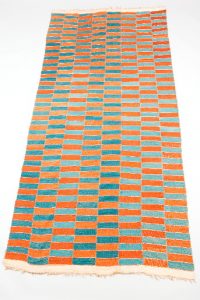 Brighton Museum & Art Gallery’s collection of historic African textiles is one of several collections in the museum designated as outstanding by Arts Council England. Most of these pieces were collected in the late 19th and early 20th century by people working in what were then British colonies. As such, the most significant holdings come from countries including Sierra Leone, Nigeria and Ghana. (NB the museum’s holdings from Sierra Leone were digitised as part of the research project ‘Reanimating Cultural Heritage: Digital Repatriation, Knowledge Networks and Civil Society Strengthening in Post-Conflict Sierra Leone’ and can be viewed at SierraLeoneHeritage.org). As these countries gained independence from Britain from the late 1950s onwards, fewer objects from African countries entered the museum’s collections.

In 2015, museum staff began working on the exhibition Fashion Cities Africa, which explored contemporary fashion in four African cities. While the exhibition was motivated by the museum’s rich holdings of African textiles, it was clear that the collection did not represent recent fashion developments. Given the tumultuous social, political and cultural changes of the post-independence era, which were reflected in textiles and fashion worn in African countries, this seemed like an important oversight and one which the museum needed to address. 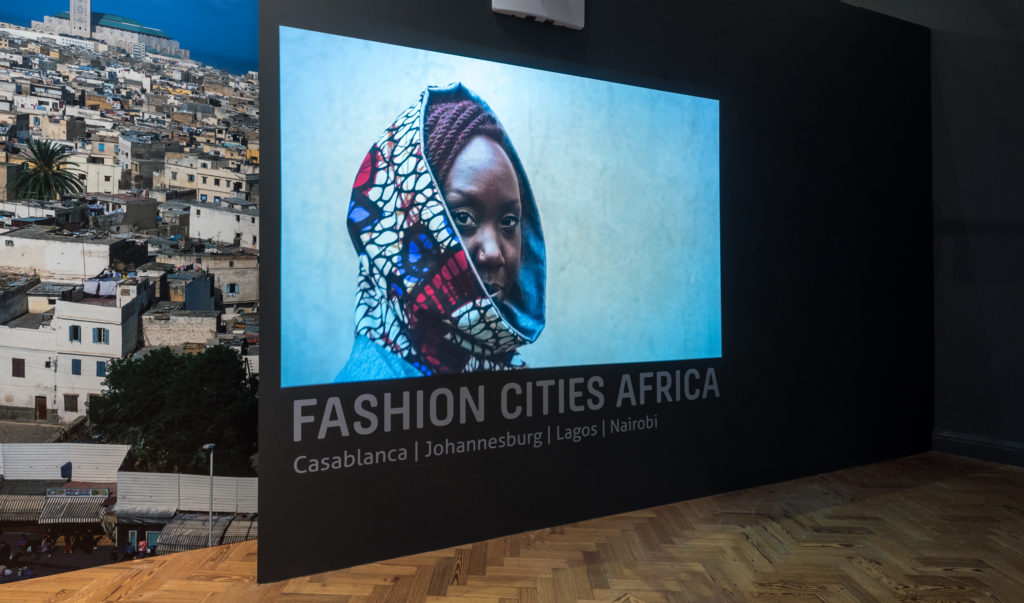 The entrance to the Fashion Cities Africa exhibition on display at Brighton Museum & Art Gallery from 30 April 2016 to 8 January 2017. 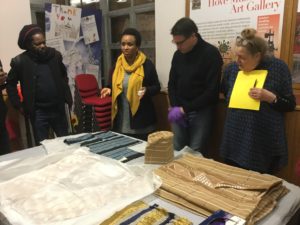 Members of the Collecting Panel look at potential acquisitions.

As well as collecting objects and images which could document changing African fashion identities, Brighton Museum staff also wanted to explore new models for collecting. With the support of a grant from the Heritage Lottery Fund’s Collecting Cultures scheme (2015-2019), the museum was able to work with a specially-created Collecting Panel. Made up of specialists in African fashion, both through personal experience and academic training, the panel directed the museum’s collecting activities. Panel members were: Harriet Hughes, Tony Kalume, MaryFrances Lukera, JoAnn McGregor, Edith Ojo, Thomas Onyimba, Tshepo Skwambane, Nicola Stylianou, Lou Taylor, Carol Tulloch and Joma Wellings Longmore. As well as identifying objects for the museum to collect, panel members also become involved in sourcing acquisitions.

Further initiatives have developed by collecting panel members following the Fashioning Africa project. Tony Kalume of Diversity Lewes developed his own project, supported by a grant from the Heritage Lottery Fund, which sought to increase access to the museum’s holdings of brass weights from Ghana.

JoAnn McGregor, of the University of Sussex, was awarded a major grant by the Arts and Humanities Research Council for Making African Connections: Decolonial Futures for Colonial Collections (2019-2021) which will support further research into collections of African material held by museums in South East England.