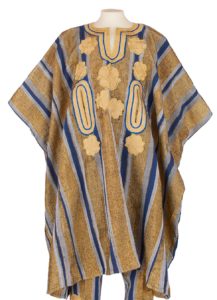 This aso-oke agbada (robe), and sokoto (trousers) are part of an outfit that was commissioned for the owner, Dotun, to wear at his London wedding reception in 1995. Dotun and his wife Funmi held four wedding events in total, two took place in the UK and two in Nigeria. The Museum collected several of their wedding outfits as examples of fashionable aso-oke in the 1990s when lurex and metallic styles were popular. An agbada is a billowy, embroidered robe with wide sleeves and side openings, worn by Yoruba men on ceremonial occasions. Aso-oke, which translates as ‘top cloth’ or ‘high status cloth’ is a formal textile, traditionally woven by men. It is primarily made from cotton or silk, woven in long narrow strips which are sewn together and then tailored into garments. Collected as part of the Fashioning Africa project.

Dotun and Funmi wore these aso-oke outfits on their wedding day at their evening reception, UK on the 19th August 1995

The Museum recorded an Oral History with the couple, including a discussion of how the blue and gold aso-oke was made for them:

Funmi: “Yes, they were made in Ibadan, Nigeria, in – that’s where we come from. It’s a traditional town where [D: city] city, yeah city-status now, yeah, because it’s quite a big place that people make this sort of thing, and it’s handwoven so they do it in a special way, because you can get the people who have looms and machines…and they can make it that way, and then you can get places like Ibadan where they do handwoven stuff so it takes a bit longer to make, a bit more intricate and delicate in that sense.” 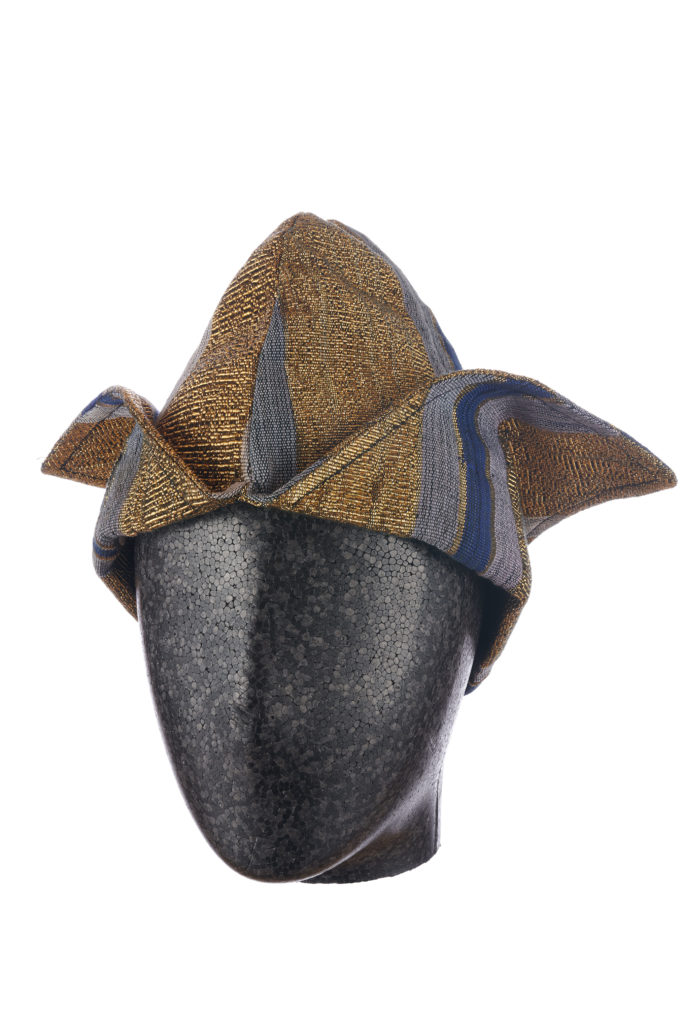 R6041/7 Hat; Fila; Abeti Aja
This abeti aja (aso-oke hat) is part of a groom's outfit, made in Ibadan, Nigeria and commissioned by the owner Read more 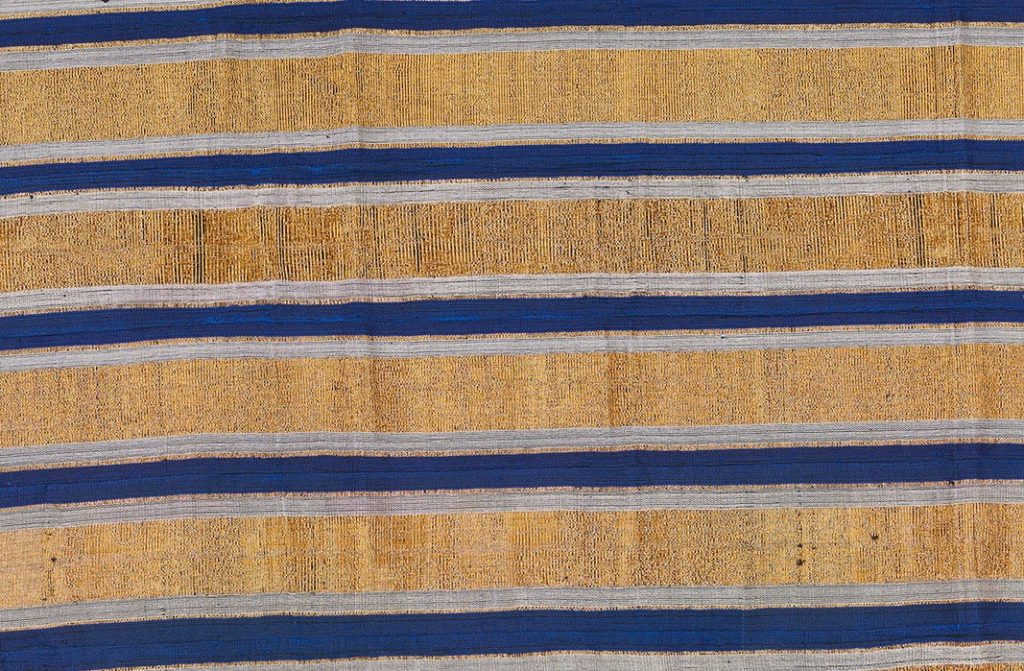 R6041/4 Headwrap; Gele
This aso-oke gele is an elaborate Yoruba headwrap, part of an outfit that was commissioned by the owner Funmi for Read more 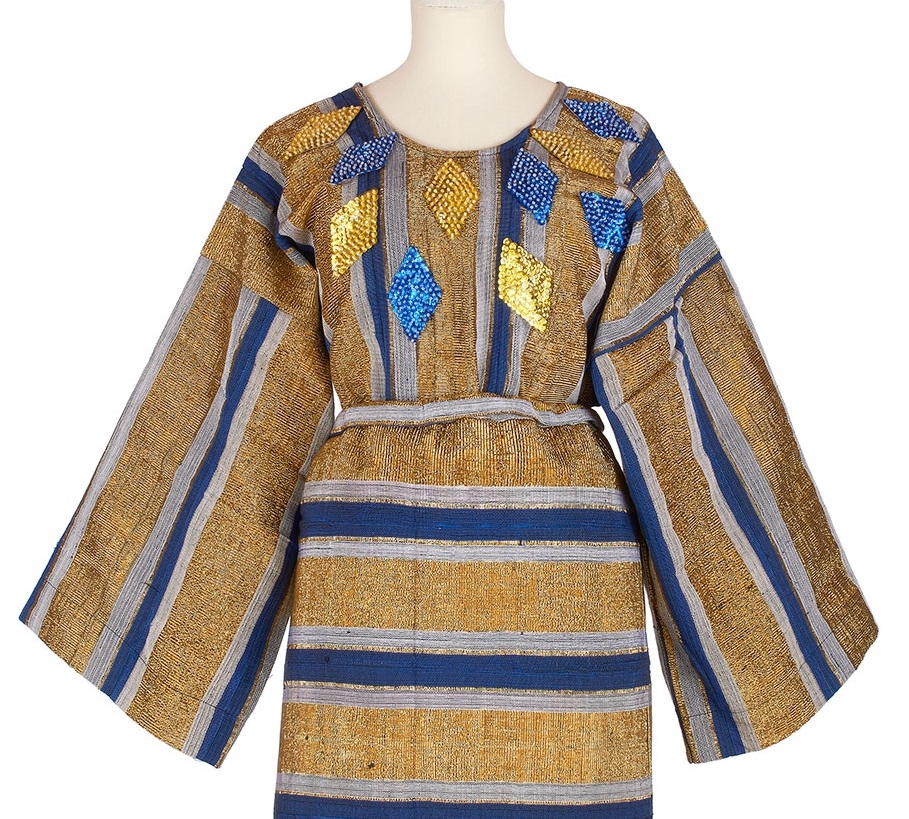 R6041/1-3 Aso-oke bridal outfit
This aso-oke outfit was worn by the owner, Funmi, at her London wedding reception in 1995. Aso-oke, which translates as Read more
1 2 Next »
Scroll Up