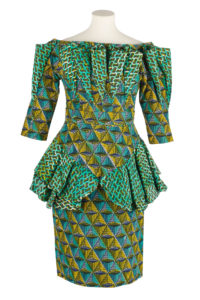 This outfit, which also includes a matching belt and headwrap, belonged to Saundra Lang, an African American woman who has regularly visited West Africa since the 1970s. The blouse features hand-stitched smocking around the neckline which gives it a sculptural, three dimensional shape. Saundra recalls:

“I love this outfit. I was walking in the Plateau(downtown section of Abidjan) on Rue de Commerce (street with many fabric shops) when I saw this dress in the window at the Woodin Store. It was love at first sight. I went in the store and inquired if the dress was for sale. Not only was it for sale, it was was my size. I was so happy to have this dress. When I returned home and wore it for special occasions, I received so many compliments and I was always proud to say it was made in Africa.” 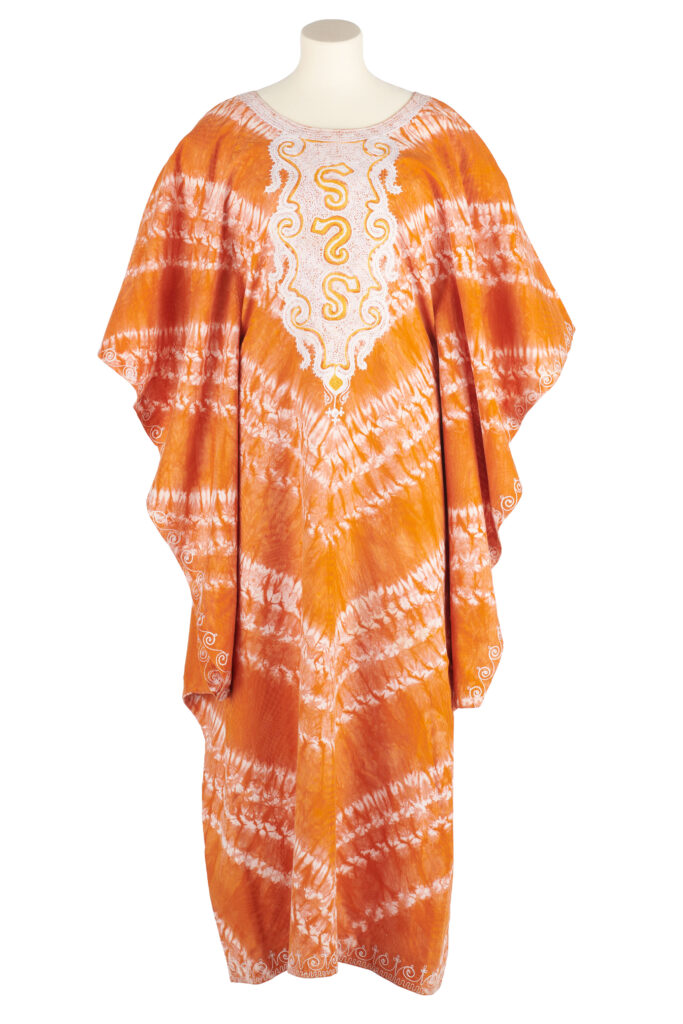 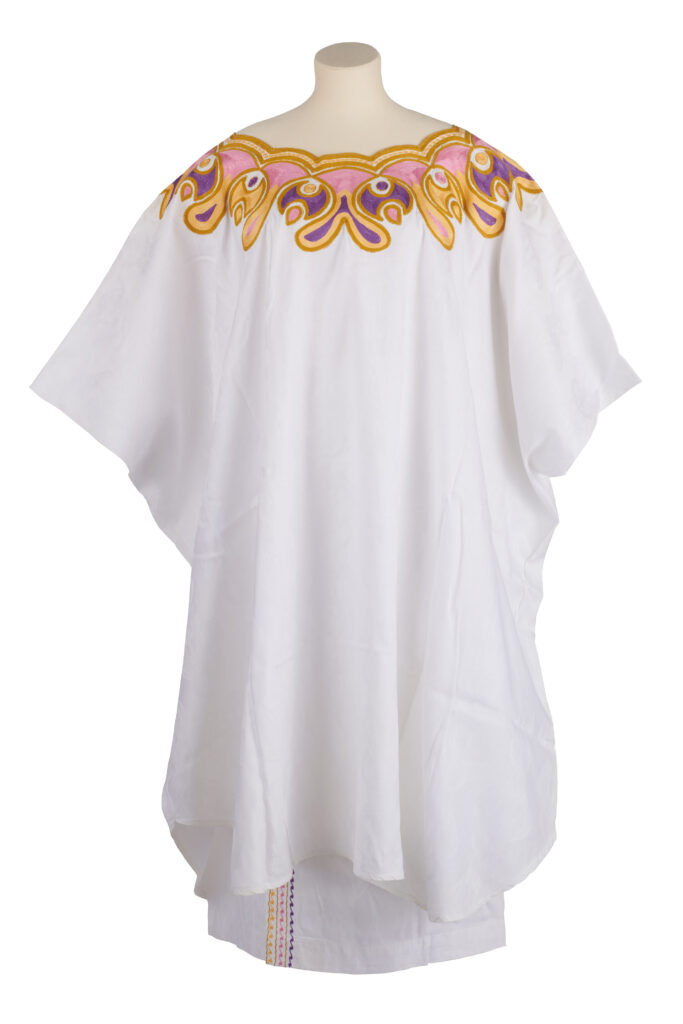