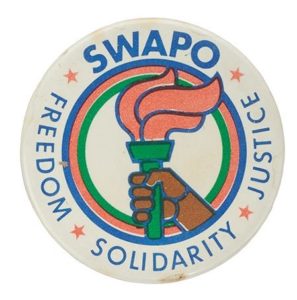 This pin badge features the acronym for the South West Africa People’s Organization, a political party and former independence movement in Namibia, which gained independence from South Africa in 1990. Collected as part of the Fashioning Africa project.